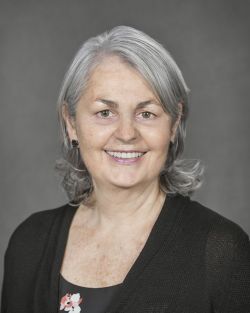 Yve joined A Better City in October 2013 and has worked to foster emission reductions and ensure climate preparedness planning in Boston and the region’s commercial real estate and business sectors. As Director of Climate, Energy & Resilience, she oversees the programming, policy, research, education and events of the Energy & Environment Unit. This includes A Better City’s Sustainable Buildings Initiative and the Boston Green Ribbon Commission’s Commercial Real Estate Working Group. Yve represents A Better City’s energy and environmental work at events, forums, coalitions, and advisory groups as it relates to the commercial sector.

Previously, Yve worked at the University of Massachusetts Lowell, where she managed two environmental programs. The first focused on educating the public about climate change science, and the second promoted the development of sustainable systems of production and consumption. In the later, she led an initiative that convened several of the nation’s largest retailers to support the use of safer chemicals in consumer products.

Yve received a Master of Arts in Urban and Environmental Policy and Planning from Tufts University in 2006 and holds a Bachelor of Science in Geography from the University of Canterbury in New Zealand. In 2018, she became one of the first Certified Climate Change Professionals (CC-P®) from the Association of Climate Change Officers and also received a certification from Harvard University’s Executive Education for Sustainability Leadership Program.