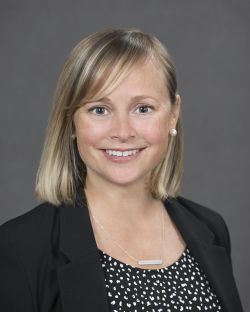 Kate Dineen is the Executive Vice President of A Better City.

Prior to joining A Better City in May 2019, Ms. Dineen served as Chief of Staff for State Operations in the Office of New York Governor Andrew M. Cuomo. In this role, Ms. Dineen spearheaded the development and implementation of the Governor's annual State of the State policy agenda and helped negotiate the State's annual $170 billion budget. She oversaw the daily operations of New York State agencies and managed a team of nearly 40 senior policymakers.

Ms. Dineen previously served as Governor Cuomo's Assistant Secretary for the Environment and as the Deputy Executive Director of the Governor's Office of Storm Recovery, established to implement nearly $4.5 billion in federally-funded recovery and resiliency projects post-Superstorm Sandy.