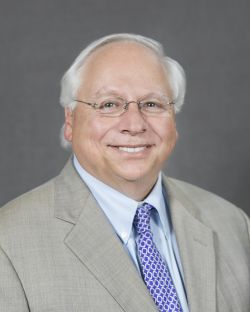 Richard A. Dimino has served as the President and CEO of A Better City since 1995. Under his leadership, A Better City has achieved major organizational accomplishments and influenced a wide range of city and regional infrastructure projects. He significantly impacted the planning, design, and development of a twenty-seven-acre corridor along Boston's waterfront, and through his advocacy of Massachusetts’ Transportation Reform Legislation, the new Massachusetts Department of Transportation was formed. Within the organization, Mr. Dimino successfully launched the Sustainability and Climate Change Initiative and received numerous awards, including the Move Massachusetts Construction Achievement Award, the Boston Harbor Islands Governor's Award, and the Environmental Business Council of New England’s Environmental-Energy Merit Award.

Prior to leading A Better City, Mr. Dimino served the City of Boston as Commissioner of Transportation from 1985-1993, where he oversaw a staff of 400, represented the City on MBTA advisory boards and committees, and developed all related infrastructure projects and policies. Mr. Dimino then held a position as Vice President and Deputy Manager of Stone & Webster Engineering Corporation's Transportation Business Sector. He has also advised transportation projects in St. Louis, New York City, Belfast, and New South Wales.