Named in memory of A Better City’s founding director, the Norman B. Leventhal Excellence in City Building Awards recognized the leaders and innovators who have made significant contributions to our built environment in the areas of Infrastructure, Land Development, and the Environment 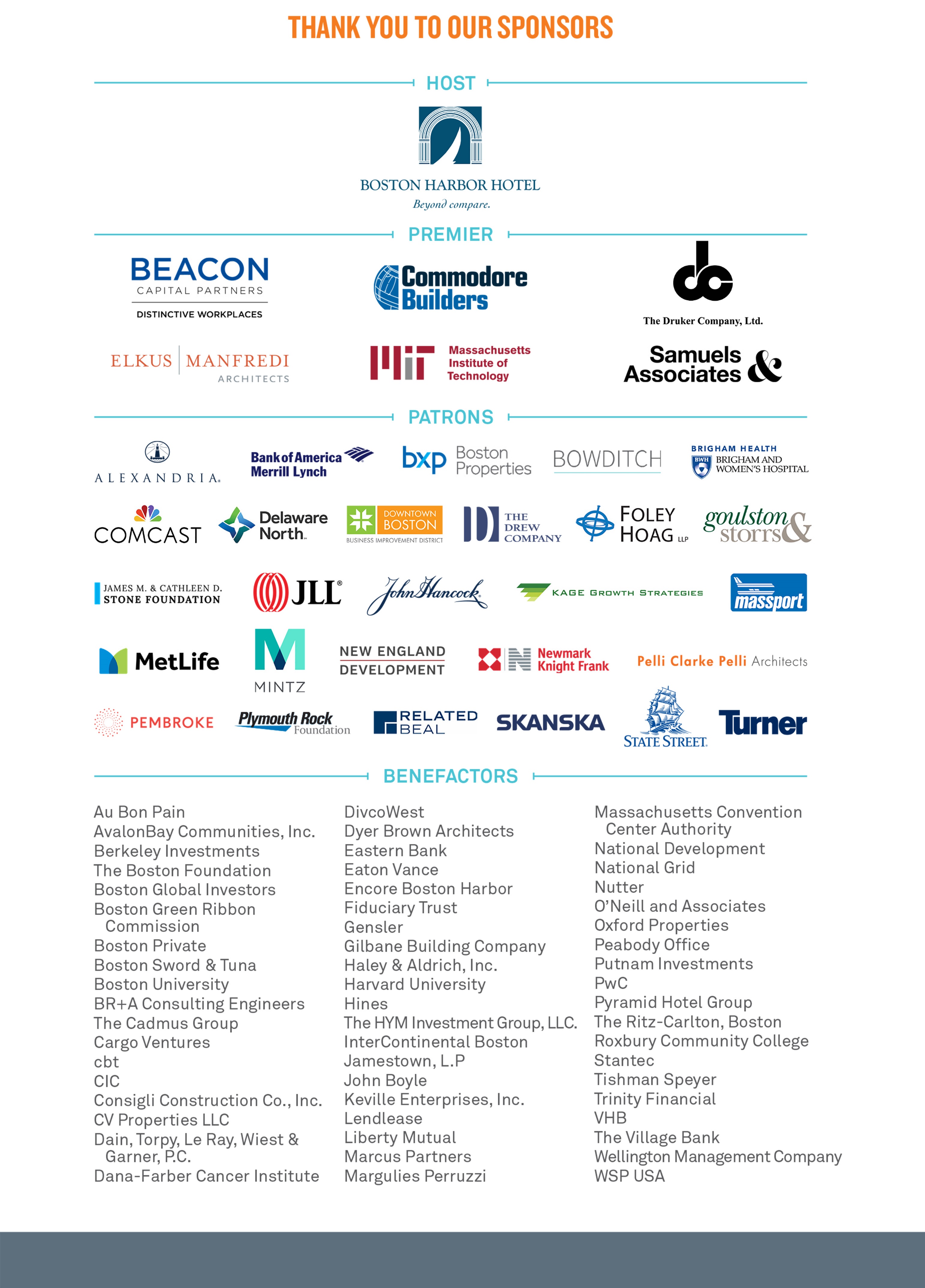 History of Norman B. Leventhal and the Awards

Mr. Leventhal, who was born in 1917 and raised in Boston, was recognized many times throughout his life for contributions to the built environment in Boston, including Center Plaza, Rowes Wharf, South Station, One Post Office Square, the Hotel Meridien and affordable housing. He was the founding chairman of A Better City (formerly known as the Artery Business Committee) and championed the organization's transition to focusing on a larger breadth of initiatives in the Boston area following the completion of the Central Artery Tunnel Project.

In 1945, Normal Leventhal co-founded Beacon Construction Company, which grew to become an award-winning developer and manager of office buildings, affordable housing and hotels.

In 1997, Boston Mayor Thomas M. Menino named the park in Post Office Square “Norman B. Leventhal Park” in recognition of his leadership of the Friends of Post Office Square and in the demolition and revitalization of what was previously a multi-story parking garage.

In 2007, Mr. Leventhal was inducted as a Fellow in the American Academy of Arts and Sciences, and Mayor Menino formally designated The Walk to the Sea as the “Norman B. Leventhal Walk to the Sea” in recognition of his role in shaping the new Boston. He served as a life member emeritus of the MIT Corporation. He was a board member and former chairman of the Friends of Post Office Square and Beth Israel Deaconess Hospital.

In 2011, A Better City hosted the first Norman B. Leventhal Awards ceremony to honor those in the Boston region who continued Norman's legacy of impact on the city's growth and quality of life. He passed away in 2015 at the age of 97, having left an indelible mark on Boston's public space and built environment.

Click on any image below to see a larger view and slideshow. To move forward and backward, click the arrows in the image, or use the right and left arrow keys on your keyboard.